This version introduces the first step towards generating and sharing an Xcode project. This is an initial step and currently only supports VStack, Text and Knob. It doesn't yet generate AUv3 extensions or C code for Audio processing.

On an iPad, when you tap the "Export Xcode Project" button, you should see a share sheet that allows you to share a zip file with the Xcode project. If you're running VisualSwift on MacOS you can just open the path to the Xcode project shown, no need to share the project. Following is a screen capture when running on an iPad: 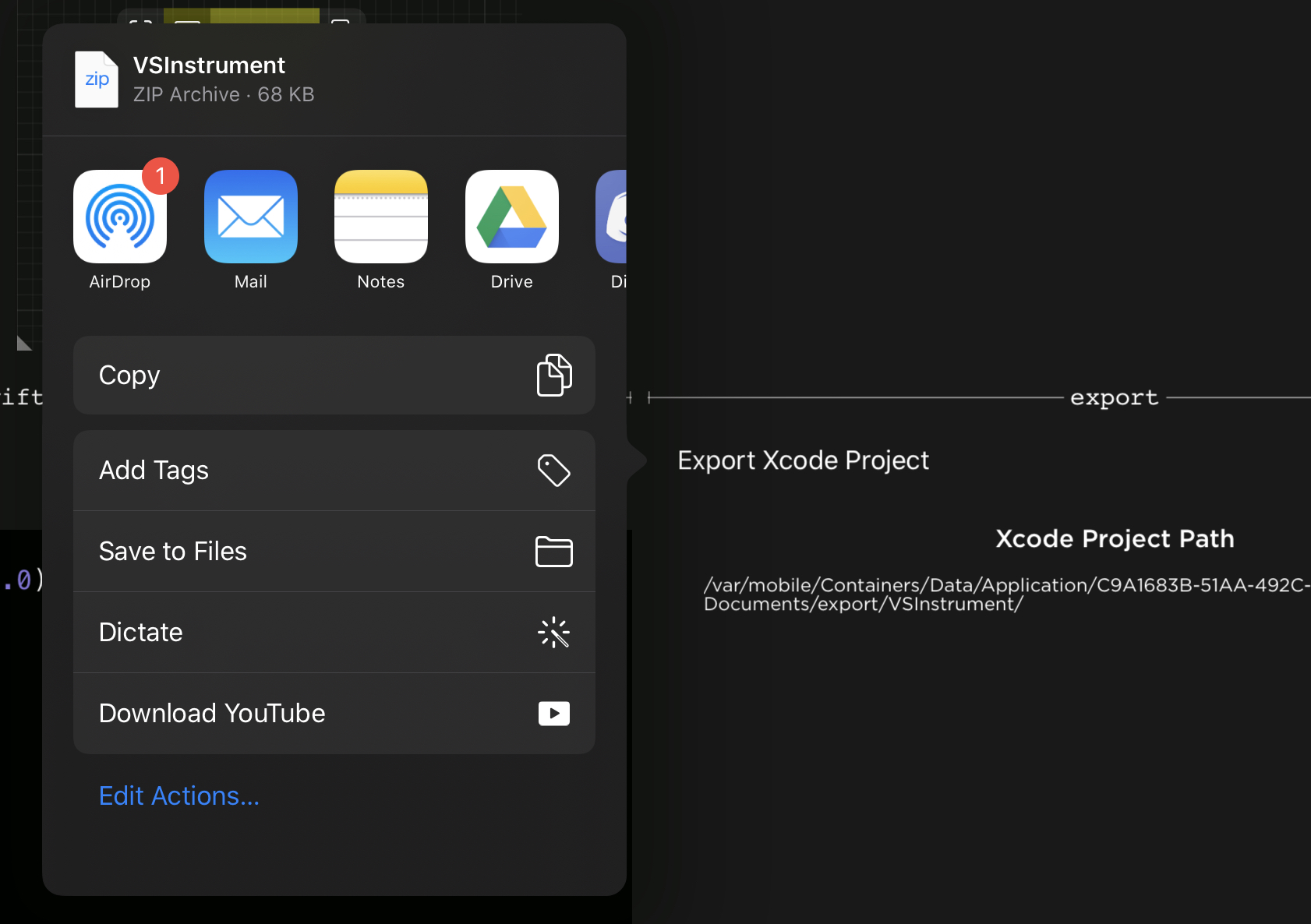 If you open the project in Xcode on a Mac you should see that it has two targets, one for iOS and another for MacOS:

Next build and run the project and you should get the following on a Mac: 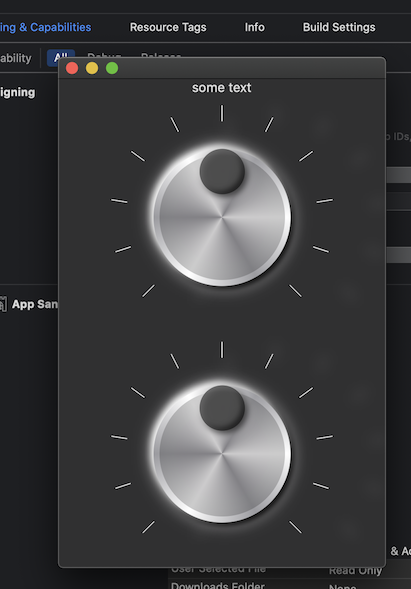 and the following for iOS: 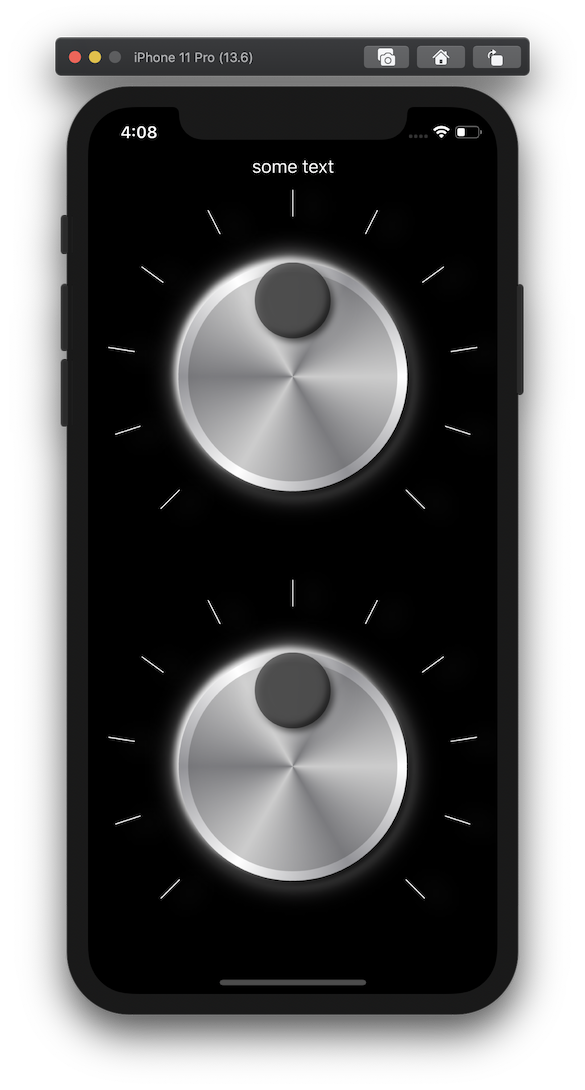 Inside the project's ContentView.swift file you should see the SwiftUI code generated by VisualSwift: 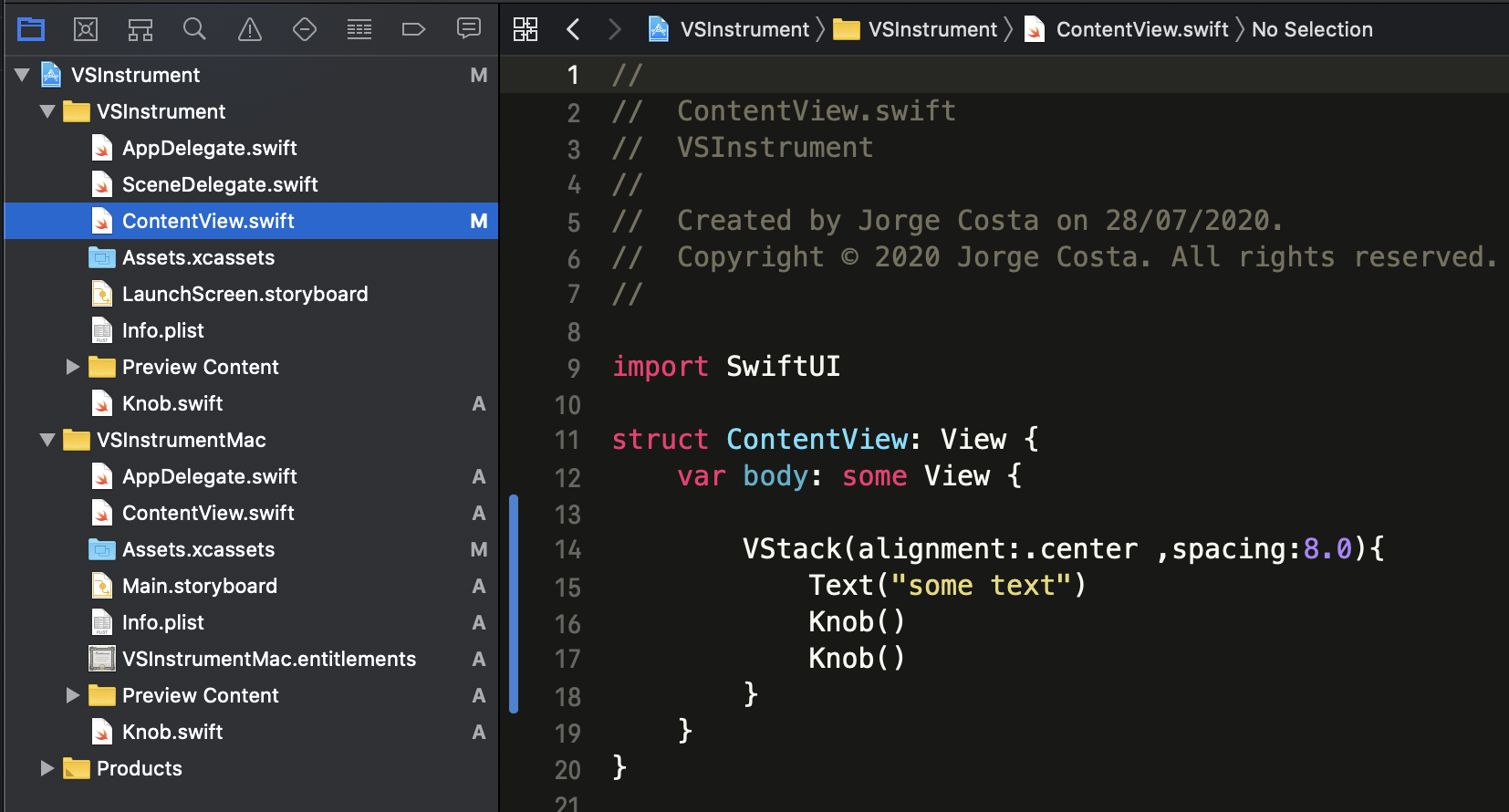 Following is a link for iPadOS: