This version fixes a few bugs, mainly the Oscillator in the generated Xcode project was only able to play a square wave, now you can select between Sawtooth, Sine, Square and Triangle.

Here's a a very simple example synth ready to be exported and built without errors:

Below is a screenshot of the example synth running hosted in VisualSwift: 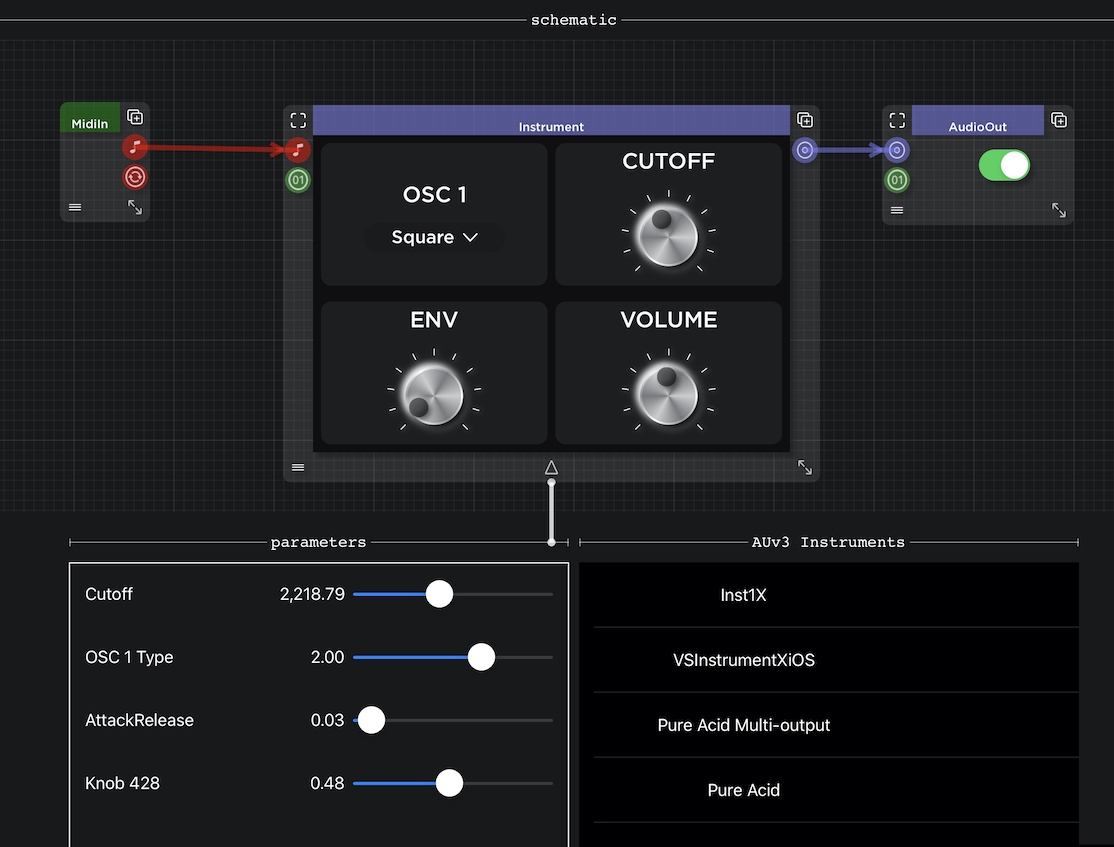 From now on I'll try to provide an example synth which hopefully will evolve into a useful instrument. When it becomes more advanced I intend to start providing a TestFlight link for anyone wanting to try it without having to run VisualSwift and build the Xcode project. Eventually I'd like to submit the example synth to the app store crediting anyone that collaborates with ideas and presets.

Below is a screenshot from the root level of the schematic used to generate the example synth: