Version 0.5.26 fixes a bug reported by numbuh37 ( thanks ): The Button component wasn't working when used as View content.
There is also a new Float Selector component.

Button should now work when used as View content

The button component now requires defining it's content.
The following screenshot shows an example of using a Button component where the content is defined as a ZStack with black background and white text on top. The modifiers used are cornerRadius and padding:

The Float Selector component allows you to create a custom list of items with a name and a corresponding float value. The following example shows a Float Selector setup for controlling the octave of an oscillator using pitch values -24,-12, 0, +12 and +24 that get added to the PitchToFrequency component: 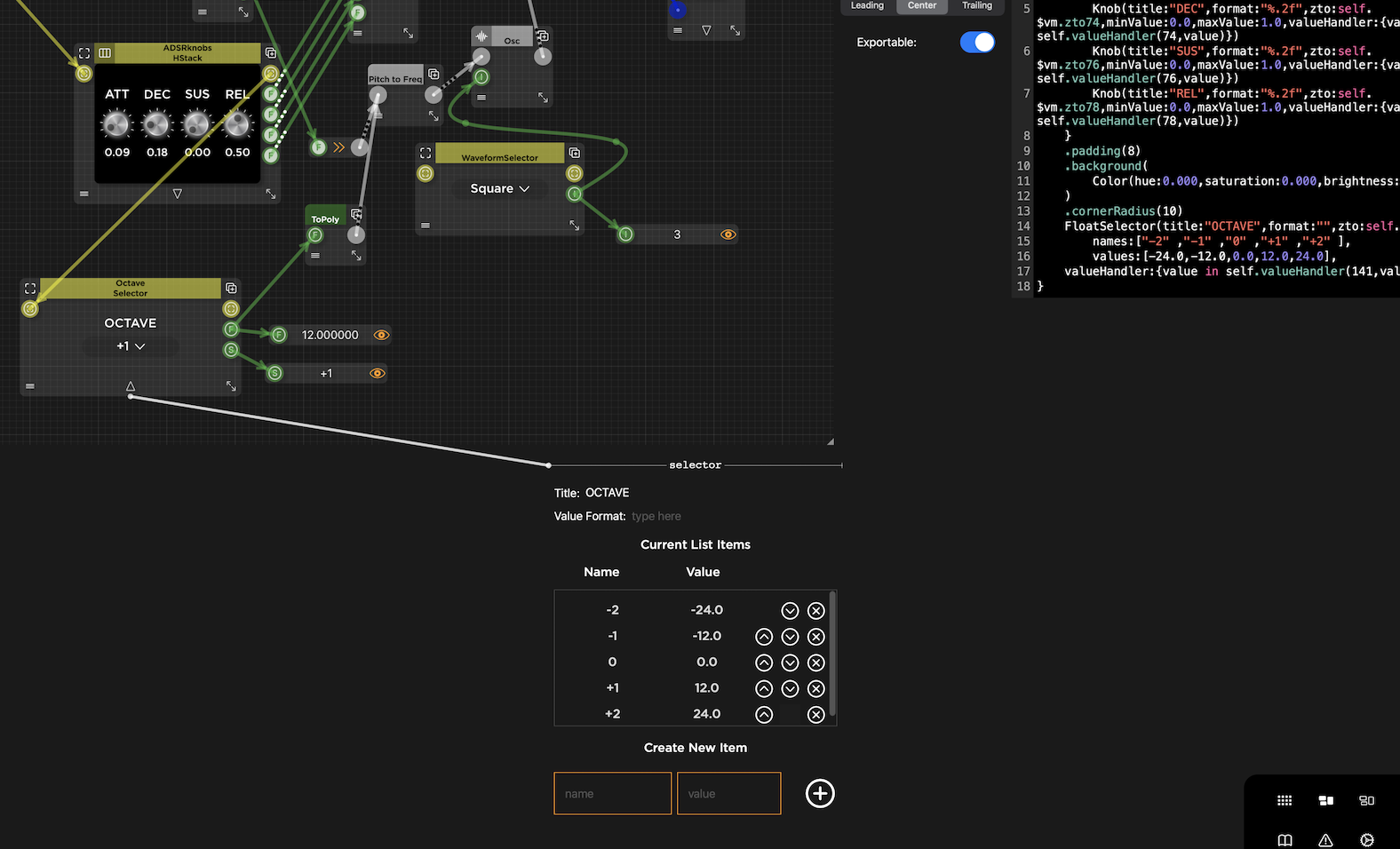